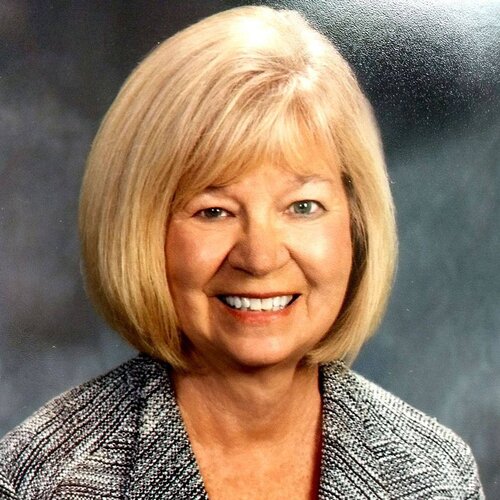 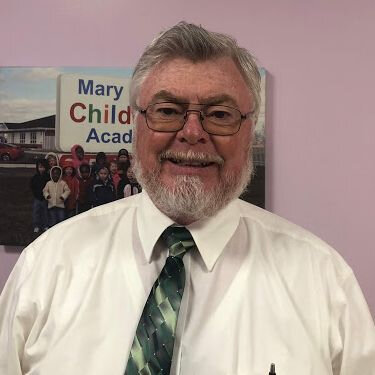 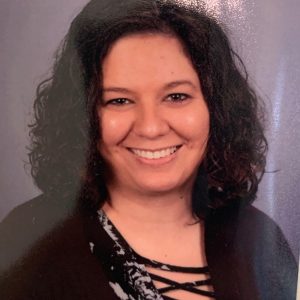 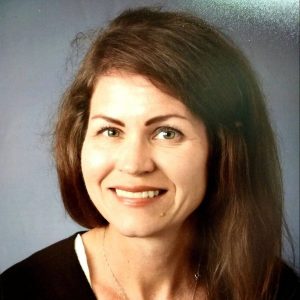 Sarah, the youngest of three, was born and raised in a small military town in central Illinois. Her father, a small animal veterinarian, and her mother, a graduate of the University of Illinois in Child Development, raised their family in a small but culturally diverse community. To this day she credits many of her happy and enriching childhood experiences to her mother’s knowledge of child development and application in the home and Sarah’s early years.

Sarah graduated from Illinois State University with a degree in Fashion Design and Merchandising. After college, she moved to Chicago and worked many years in retail management and the wholesale apparel industry before moving to corporate sales and management.
She met and married her husband Eric in Chicago, and it was shortly after their son was born Sarah went back to school to study early childhood education. Her early personal experience from her childhood was sparked, and she believed that by combining her knowledge of business with her passion for young children was perfect for a career in childcare!

While going back to school, Sarah nannied for a special-needs child, cared for children in her own home, and also worked in her mother’s center-based program teaching and directing. After several years Sarah and her family purchased land and designed/built a center-based program in the southwest suburbs of Chicago where she is director and owner today. She loves working with parents, children, and teachers every day in her program for the last 11 years.

In 2016, Sarah became a member of the DCFS Advisory Board Council. She sought out the position to bring a voice to the table from those actually working in early childhood education centers. She felt it was necessary to stop heavy, unnecessary regulations being placed on the back of programs and undue burdens on an already struggling system. After serving on the council for over two years, Sarah was discouraged that bureaucrats not working in the childcare trenches were ignoring input and efforts by her and others to improve regulations. As a result, she contacted her state representative to discuss the issues in the childcare industry and mainly the staffing crisis that still plagues childcare today.

In early 2019, she and other like-minded directors and owners of child care centers formed a new, statewide organization (ILDOCC) to give owners and directors direct access to decision-makers of the childcare industry in Springfield. The Illinois Directors/Owners of Childcare Centers would be a strong advocate for the center owners and directors who were being ignored. After all, the childcare field was supposed to help them help parents and children, not provide one roadblock after another.

In 2019, ILDOCC’s first piece of legislation, House Bill 2687, was introduced in the General Assembly to address the teacher staffing crisis and other issues. While it did not pass, House Resolution 416 was unanimously passed that brought legislative attention to the childcare crisis. In 2020, ILDOCC has repeatedly fought and won against unreasonable state mandates during the COVID crisis. 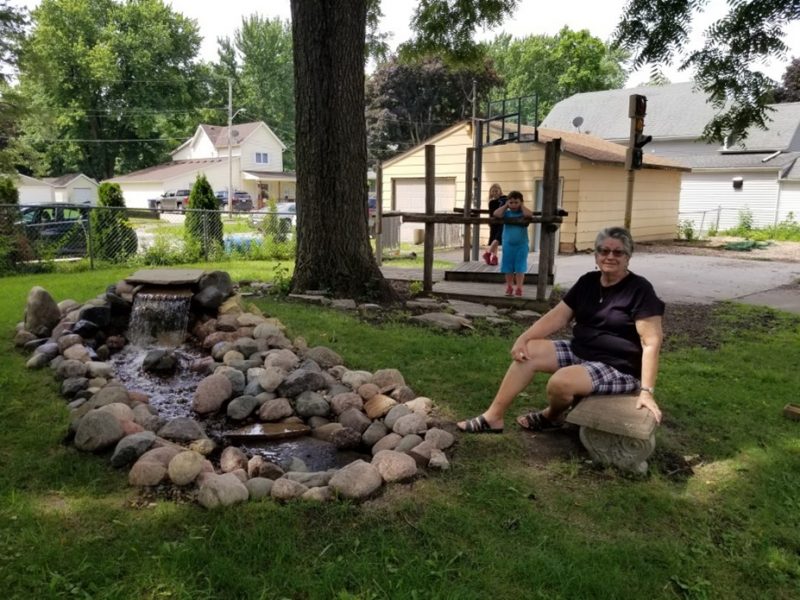 Cindy Mahr has been the Executive Director and CFO of In A Kid’s World, a private early learning center located in Rock Island, Illinois, since 1995. She has been in the early care and education field for over forty years, moving from teacher assistant, preschool teacher, school-age teacher, director, and now co-owner of her center. Cindy possesses an undergraduate degree in child development and a master’s degree in early childhood administration. Additionally, Cindy has served in leadership positions in the early childhood community. These have included serving on the boards of: the Early Childhood Coalition, Quad Cities AEYC, Past President of Illinois AEYC, and is now the Secretary for ILDOCC. Cindy is also an advocate for children, families, direct-service providers, and high-quality early childhood experiences.

After graduating from the U of I with both a major and minor in child development, Jane was blessed to be a stay-at-home mother to her three children and a book keeper to her husband’s veterinary practice. When her youngest child started college, Jane applied for a directorship at a small community center. After three years of experience Jane was then hired as a director for a large national cooperate center. It was during this time that Jane and her husband planned to build, organize, and direct a new child care center in Mahomet. After many years in the industry, DCFS regulations and staffing had become more difficult. Jane felt it was needed do something positive for the childcare industry. Therefore, several years ago, Jane and two other directors began reaching out to the Governor and DCFS on behalf of child care centers to get some relief with regulations. Jane realized that a few could not get the job done alone and it was time to get organized. That was when ILDOCC was formed to bring a voice to directors and owners in Illinois and help pave a better future for all center-based programs. 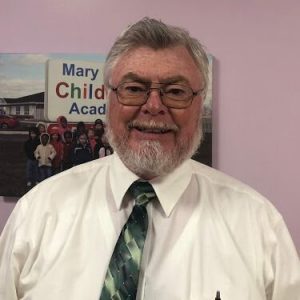 John Sears was born to the now famous Mary Sears, foundress of Mary Sears Children's Academies since 1964. Since the young age of 8 years old, John learned the child care field from the inside. He learned to treat every child the same as if the child was your own. He learned how a young, growing, and developing child is like and how that child is likely to behave at certain ages and stages of development.

John is now the co-owner of Mary Sears Children's Academy along with his brother Dennis and his sister, Kathleen. Together, they have 4 child care centers serving over 400 children.

John has a Bachelor Degree in Marketing from Loyola University along with child care courses. He met his wife, Michele, in college and is married to his beautiful wife Michele for over 40 years. They have 6 children of their own and 12 grandchildren. He never leaves child care at the door!

Today, John is a board member of the Illinois Directors and Owners of Child Care in Illinois (ILDOCC). "I hope to help all business Directors and Owners in Illinois realize that I have been there and done that!" As a business owner to realize that not everything in this field is on your shoulders, you can turn to ILDOCC for reference and for answers. We are here to stand with you as one voice for child care in Illinois! Call us now!

I have a degree in Early Childhood Education and have been in the field for 22 years.  I taught prek for 7 years at Kids N Fitness in Decatur.  Kids N Fitness opened Kids N Fitness North in Forsyth in 2005 and I became the Director of the new facility where I still am today.  I am a married mother of 5 children.  I am also a member of the Macon County Directors Association, and on the Advisory Board of the Heartland Tech Academy for Early Childhood.  I work closely with the Directors in my community.  We are all facing the same struggles with staffing, DCFS standards and the toll it has taken on our community.  I am hoping to help make a difference in what our state sees as a need in the Early Childhood field. 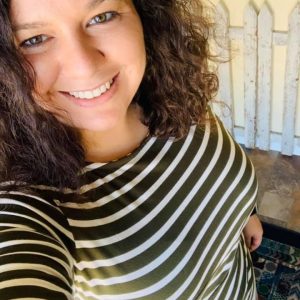 Dezaray Brookshire, the only child of a single mother, was born and raised in a small town in central Illinois. After completing high school in 2010, Dezaray took a position as a teacher’s assistant at the local childcare center while she completed her associates degree in elementary education.
Dezaray then moved to Springfield in 2012 to complete her education at UIS. Upon arriving, Dezaray began working at Gingerbread House Daycare Center in 2013 as the preschool teacher. After the first year, she was offered the position as the director of the center, and it was during this time that she truly found her passion for early childhood administration. Dezaray enrolled in Kendall College where she completed her bachelors degree in early childhood education with a concentration in administration.
Dezaray has a huge passion for early childhood, in particular with policy and advocacy for the field. It is her hope that working with ILDOCC can help provide a voice for the members in this field that it has needed for so long.